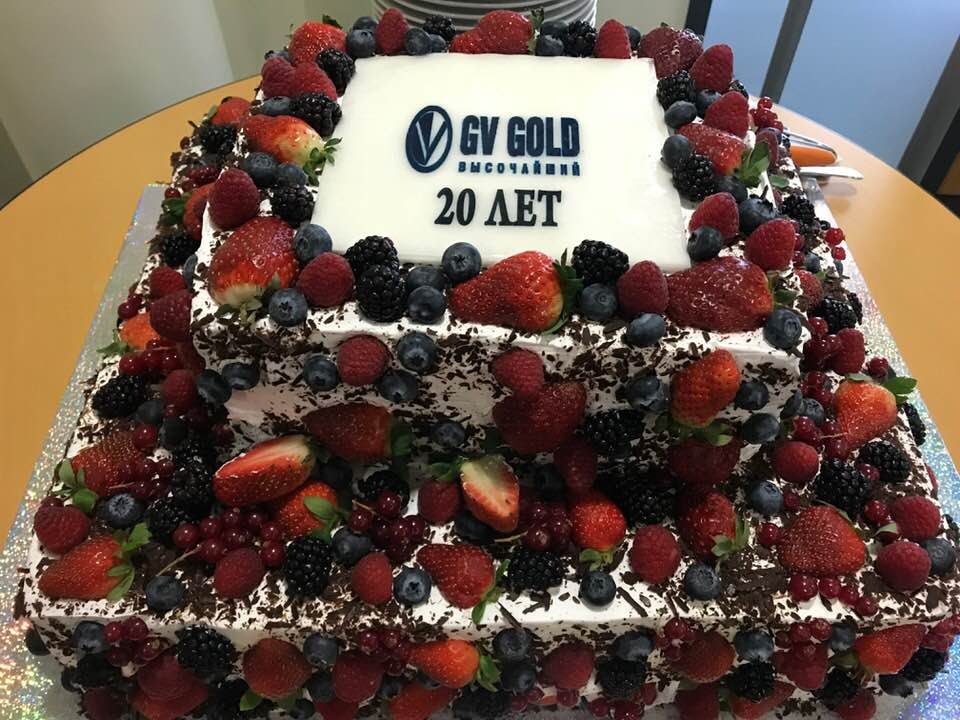 GV Gold received its first mining licence 20 years ago on March 5th. Since then, the Company has expanded beyond its flagship Golets Vysochaishy deposit to become one of Russia’s largest gold mining companies with operating mines in the Irkutsk region and Republic of Sakha (Yakutia).

The Company is showing good financial results, continuing to increase operational efficiency and production volumes. As of today, GV Gold’s production capacity is about 8 million tons of ore per year and gold output is 225 koz.

The Company has commissioned six Mills. The successful launch of two strategic projects, Taryn Mine and Ugakhan Mine, is an important milestone of recent years, as is the commissioning of a second dredge at the Bolshoy Kuranakh placer deposit in 2017. The projects were completed in record time despite difficult meteorological conditions.

A successful launch of new production capacities is a testament to the professionalism and dedication of GV Gold’s team. The Company strives to ensure the best working and living conditions for its employees, including instituting working in shifts for staff employed by its business units.

Over the last 20 years, the Company became one of the biggest tax payers in the Irkutsk region, creating hundreds of new jobs. GV Gold also has continued to participate in the social and economic development of the regions where it operates in line with the company’s agreements with local governments.

We offer our thanks and congratulations to the Company’s founding shareholders, Sergey Dokuchaev, Natalia Opaleva, Valerian Tikhonov and Vladimir Kochetkov, as well as to BlackRock and our dedicated, passionate and professional employees for GV Gold’s anniversary. We wouldn’t have gotten where we are today without you!

GV Gold (Vysochaishy, PJSC) is an actively developing company with high production efficiency level. It ranks in the Russia’s TOP 10 gold mining companies list. The Company operates in the Irkutsk Region and the Republic of Sakha (Yakutia), where its operating assets are located and large scale exploration operations are carried out.