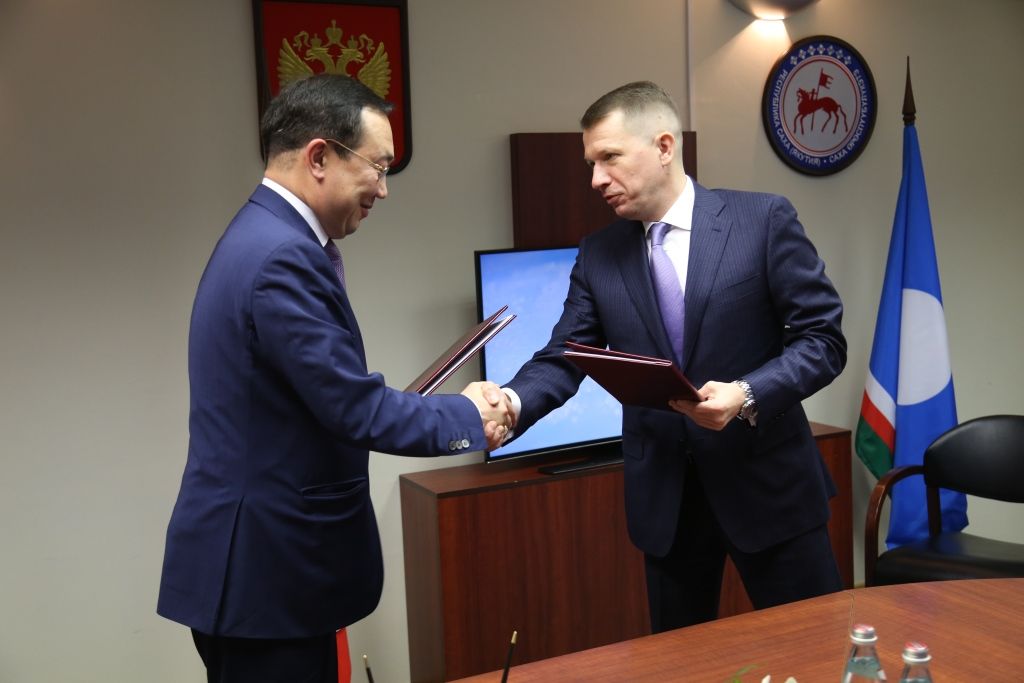 GV Gold (Vysochaishy, PJSC) and the Government of the Republic of Sakha (Yakutia) signed the agreement on long-term cooperation in the area of social and economic development.

In the course of the meeting, the parties discussed the results of the Company’s activity within the Republic of Sakha (Yakutia) in the Oimyakon and Aldan Areas as well as the trends for further cooperation aimed at development of the economics, preservation of the environment, growth of the employment and welfare of the population in the region at the optimum utilization of the GV Gold’s production potential.

— Taryn Mine, one of the largest mining enterprises in the Oimyakon Area, is the GV Gold Group’s leader in gold production. The enterprise is located next to the Pole of Cold of Russia — not too many companies in the world operate in the extreme conditions like that. Signing of the social and economic partnership agreements with the region has become a good tradition for us. The Company assists the Republic in achievement of the social objectives it set for itself. And it would be extremely difficult to solve the issues we face without the assistance of the government of the region. GV Gold is a one of the major taxpayers and it always tries to establish the relations with the Republic of Sakha (Yakutia) and the Oimyakon Area on the trust-based and mutually-beneficial terms, — noted German Pikhoya.​

GV Gold (Vysochaishy, PJSC) is one of largest and fastest growing Russian gold mining companies. It develops open pit deposits and washes gold at the country’s largest alluvial deposit. In 2017, the Company produced 225 koz of gold, becoming the 7th largest gold miner in Russia. In 2018, the Company expects to produce

Its key operating assets are located in the Irkutsk Region and the Republic of Sakha (Yakutia). The Company operates four mines with a total capacity of 8 Mtpa of ore and holds 20 mining and exploration licenses. GV Gold boasts an extensive resource base, with JORC reserves and resources estimated at 4.4 Moz and 7.0 Moz, respectively.