Taryn mine was recognized mining project of the year 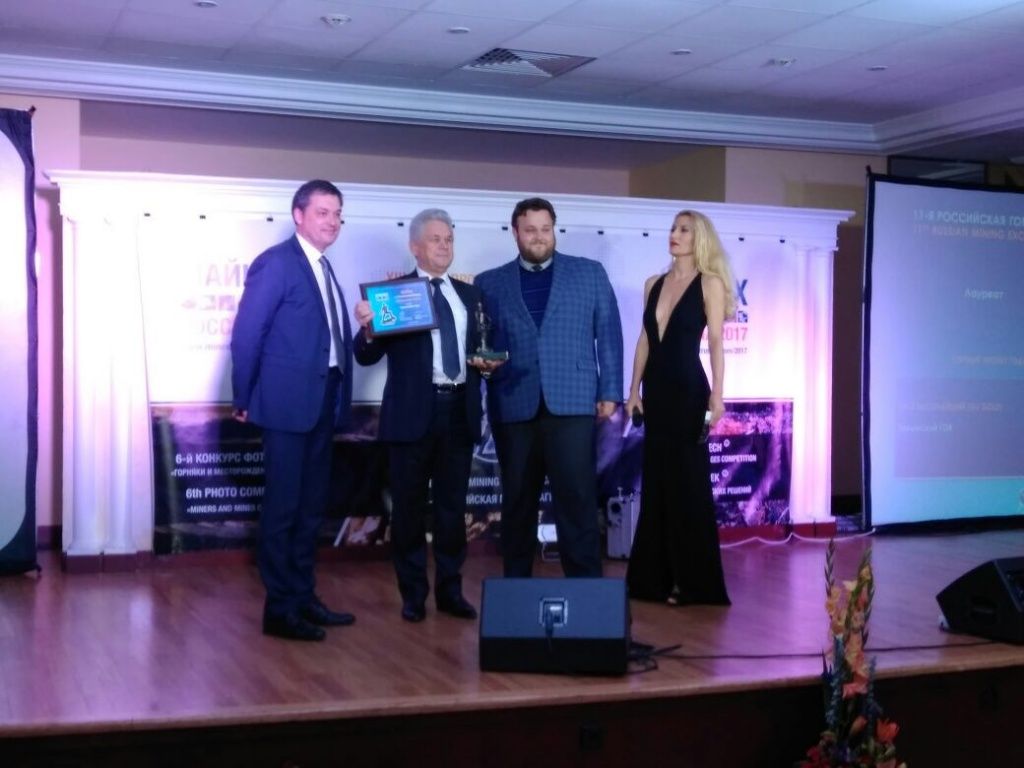 On the 12th of October, 2017, within the framework of the 13th mining industry forum “MINEX Russia 2017”, awardees and finalists of the Russian Mining Excellence Award were announced. Taryn Mine became the winner in the nomination “Mining Project of the Year” for successful mining project implementation within the territory of Russia.

Taryn Mine is the largest mining enterprise in the Oimyakon Area. The processing plant’s design capacity is 700 kt o.p.a.. The annual production is up to 97 koz (3 t) of gold p.a. By the end of the year, the company plans to produce here c. 32 koz (1 t) of precious metal.

GV Gold acquired the Drazhnoye deposit license at the end of 2012. The asset is located in a remote province within the Oimyakon Area of the Republic of Sakha (Yakutia), 70 km from the Ust-Nera settlement — at the Russia’s Pole of Cold. Geological reserves of the deposit total 35 t (1.12 Moz) of gold. An official ceremony of the Taryn Mine Stage I commissioning took place in September 2017 at the Far-eastern Economic Forum VEF-2017.

The Russian Mining Excellence Award has been given within the framework of the “MINEX Russia” forum since 2007, drawing attention of the industry community to the best practices and the projects implemented in the Russian mining industry. Over the time of its existence, the award gained a significant success owing to establishment of an independent and unbiased platform for presentation of outstanding achievements of the Russian and foreign companies in the field of development and improvement of the mining standards and practices in Russia.

GV Gold (Vysochaishy, PJSC) is an actively developing group of companies with high production efficiency level. It ranks in the
Russia’s TOP 10 gold mining companies list. The Company carries out its activity in the Irkutsk Region and the Republic of Sakha (Yakutia), where its Irkutsk, Taryn and Aldan business units are located and large scale exploration operations are carried out.