Taryn mine attained it's design capacity 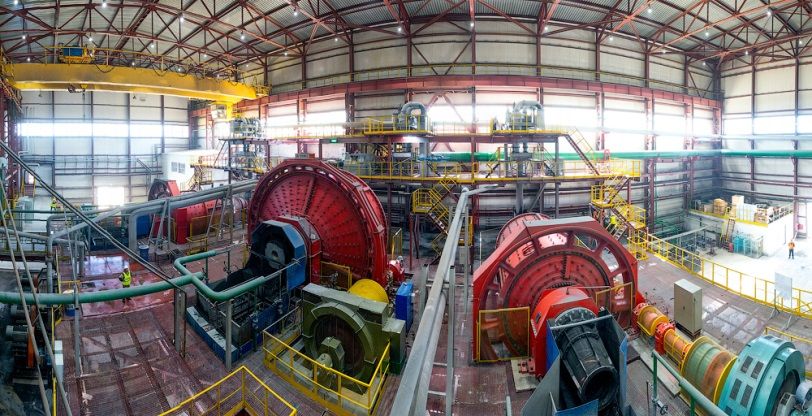 Drazhnoye deposit commercial development commenced in 2017. The asset has been developed via the open pit mining method since February 2017. As at the end of December, 663 kt of gold-bearing ore have been mined. The stripping ratio is 3.3 m3/t.

Taryn Mine processing plant was launched in the pre-commissioning mode in May, and in summer the enterprise already transited to commercial exploitation. In June, the hourly processing plant ore throughput capacity reached 140 t/h, having outstripped the target by 12% (125 t/h). In May-December, the processing plant treated 530 Kt of ore with the average grade of 3.72 g/t.

An official ceremony of the Taryn Mine commissioning took place in September within the framework of the Eastern Economic Forum VEF-2017 and featured the President of the Russian Federation Vladimir V. Putin and the Chairman of the Board of Directors of GV Gold (Vysochaishy, PJSC) Sergey V. Dokuchaev. In October, within the framework of the 13th mining industry forum “MINEX Russia 2017”, the Taryn Mine was recognized the “Mining Project of the Year” for successful implementation of the mining project within the territory of Russia.

The Taryn Mine was granted a status of the regional investment project. LOM is estimated at least until 2029.

“Taryn Mine is a new leader among GV Gold projects portfolio. In the record-breaking time the Mine has attained its design capacity and outstripped the gold production target by half. Next year the gold production will already total 96 koz (3 t) of gold, including the gravity and flotation concentrate.

We are reviewing a potential for further production expansion. I’d like to congratulate the Taryn Mine team on the outstanding achievements and wish to move beyond!”

GV Gold (Vysochaishy, PJSC) is an actively developing company with high production efficiency level. It ranks in the Russia’s TOP 10 gold mining companies list. The Company operates in the Irkutsk Region and the Republic of Sakha (Yakutia), where its operating assets are located and large scale exploration operations are carried out.