In November, Taryn Gold Mining Company (TGMC), JSC, the Taryn business unit of GV Gold, celebrates its first jubilee — 5 years from the day of the Drazhnoye deposit license obtainment and commencement of its development.

The Drazhnoye deposit is located within the territory of the Oimyakon Area of the Republic of Sakha (Yakutia) — at the Russia’s Pole of Cold. The nearest inhabited locality is the settlement of Ust-Nera where the TGMC office is located. The Taryn Mine constructed at the deposit is the largest mining enterprise in the Oimyakon Area, and a key production asset of the GV Gold Group in the Republic of Sakha (Yakutia). In 2017, the Taryn business unit personnel totaled 430 pers.

A Story of Success

In the span of 5 short years TGMC personnel managed to achieve the goals which seemed impossible: constructed the mining enterprise including a processing plant, open pit, well-furnished mine camp with the amenity and office facility, garage, utility constructions, as well as resolved the mine power supply issue.
The Drazhnoye deposit license was acquired by GV Gold (Vysochaishy, PJSC) as the result of a victory in the auction at the end of 2012. In 2013, the confirmatory exploration operations started and the detailed metallurgical testworks were performed. At the time of the operations commencement, there was absolutely no infrastructure. The temporary camp was equipped with portable cabins and tipis or yourts, keeping the heat best of all.

The company commenced the Taryn Mine designing in 2014; a long-lead equipment was ordered and preparatory mining operations in the open pit were started at that time as well. Construction of the processing plant facilities, the Stage I mine camp facilities and the hydraulic engineering constructions began in 2015.

In Q1 2016, the processing equipment installation began, the Stage I mine camp was commissioned and inhabited. At the beginning of 2017, the Taryn Mine was ready for pre-commissioning. Consequently, the construction was completed in the record-breaking time — in only two years, in the extreme climatic conditions.

An official ceremony of the Stage I Taryn Mine commissioning took place in September within the framework of the Eastern Economic Forum VEF-2017 and featured the President of the Russian Federation Vladimir V. Putin and the Chairman of the GV Gold Board of Directors Sergey V. Dokuchaev. TGMC General Director Alexander N. Tuluptsov, who at the moment of the launch was at the Drazhnoye deposit site, took part in the event in the format of a teleconference bridge.

In October, the Taryn Mine was recognized the best mining project of 2017 for a successful establishment of the mining enterprise on the territory of Russia. The award was given at the mining forum “MINEX Russia 2017”.

“The deposit is located in a remote province of the Oimyakon Area with underdeveloped infrastructure. First of all, we are talking about the actual absence of roads. Transportation of the equipment and materials is carried out only along the winter roads from January till March. All the rest of the time, communication with the Mine is complicated. Implementation of the project in such severe conditions of the Pole of Cold in the record-breaking time is definitely an achievement of the TGMC and GV Gold team and the partners taking part in the project”.

Performance of the First 9 Months of the Operations

Commercial development of the Drazhnoye deposit began in 2017. Mining operations at the asset are carried out using the open pit mining method. The Taryn Mine has attained the design parameters in the record-breaking time.

The mining operations have been carried out since February. As at the end of September, 354 kt of gold-bearing ore were mined. The Mine’s processing plant began to operate in the pre-commissioning mode in Q2, and in the summer, the commercial production commenced. In July, the hourly ore processing rate made 140 t/h, having exceeded the design rate by 12 %. Over 9 months of the plant exploitation, 322 kt of ore were processed and 570 kg (18 koz) of gold were produced.

By the end of 2017, the company plans to produce not less than 1 t (32 koz) of precious metal at the Taryn business unit. The company plans to exploit the deposit at least until 2029. The expected annual gold production will be at the level of up to 3 t (96 koz). 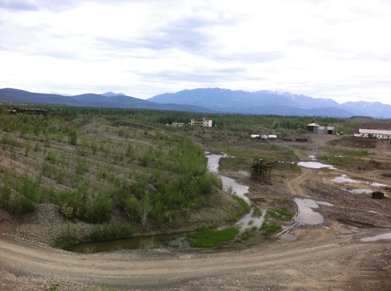 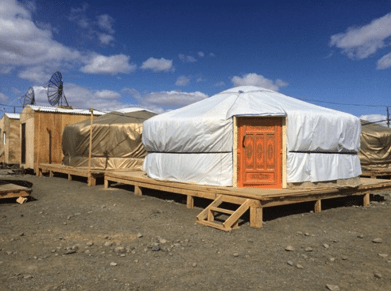 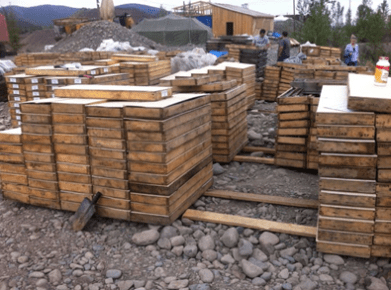 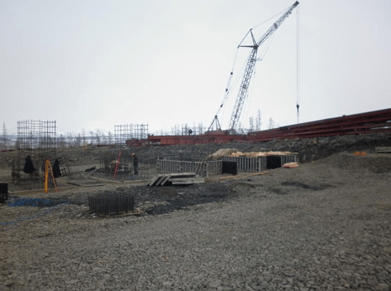 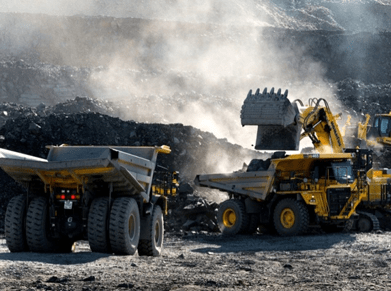 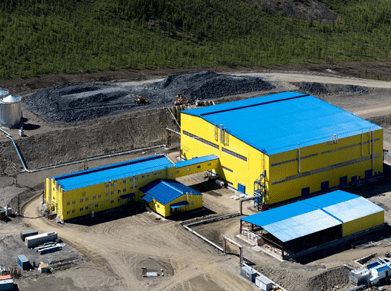 GV Gold (Vysochaishy, PJSC) is an actively developing group of companies with high production efficiency level. It ranks in the Russia’s TOP 10 gold mining companies list. The Company operates in the Irkutsk Region and the Republic of Sakha (Yakutia), where its production assets are located and large scale exploration operations are carried out