GV Gold comissions the Ugakhan mine 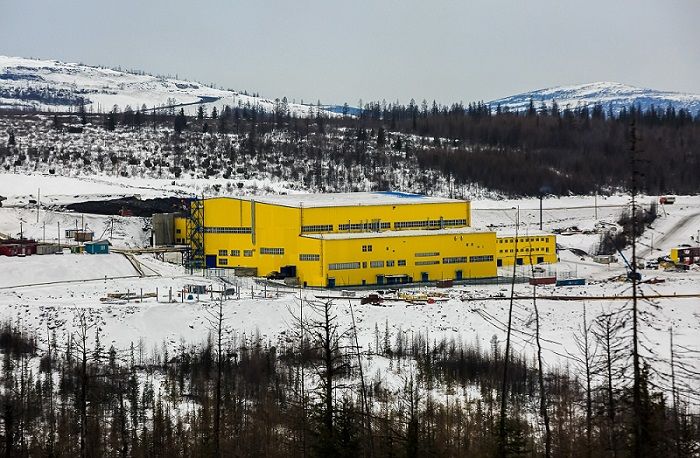 As previously announced, GV Gold (Vysochaishy, PJSC) is commissioning the Ugakhan Mine of the Irkutsk business unit. Strictly in accordance with the schedule, a technical launch of the new mine with the first smelting of gold took place on the 23d of October with participation of the founding shareholders Sergey Dokuchaev and Natalia Opaleva, and the CEO German Pikhoya.

The Ugakhan deposit was discovered by the GV Gold geologists in 2010. The deposit is located within the territory of the Bodaibo Area of the Irkutsk Region. In 2013, based on the results of the performed exploration operations, the C1+C2 category reserves of the Ugakhan deposit were tripled and approved by the State Reserves Committee GKZ in the amount of 49 t (1.58 Moz). The minable reserves total 36 t (1.16 Moz) of gold with LOM (life of mine) till 2029.

The Ugakhan Mine construction commenced in 2015. The project implementation CAPEX amounted to c. USD 200 million.

A processing plant has a capacity up to 3 Mt of ore per year and is designed with gravity and CIL (carbon in leach) process.

In 2018, the Company will bring the Ugakhan mine to full capacity with the annual gold production of up to 3 t (96 koz).

The Ugakhan mine is located at the distance of only 23 km from the first GV Gold deposit of Golets Vysochaishy, where the gold production has been carried out since 2001.

Close proximity of the new mine to the flagship enterprise of the Company allowed to accelerate the construction and commissioning of the new deposit. A competence of the current team, an accumulated experience of exploitation of similar deposits as well as the uniform logistical supply and equipment servicing chains represent the special synergetic advantages.

The project has a high significance for development of the region. At the moment, more than 800 people are engaged in construction and exploitation of the new mine. After the mine attains its full capacity, the tax payments to the budgets of different levels will total c. RUB 350 million per year.

In 2017, the Ugakhan project obtained a status of the regional investment project which means an obtainment of tax preferences in the first 10 years of the mine exploitation for further development of the deposit, creation of new jobs and investment into the infrastructure and technologies.

“I’d like to congratulate the shareholders and employees of the Company with smelting of the first gold of the Ugakhan deposit! In accordance with the earlier-announced plans, the Company is entering a new stage of its development: with the commissioning of two new mines in 2017, the GV Gold’s productive capacities expand significantly. Fulfillment of an objective on quick expansion of the gold production becomes possible at the expense of construction and commissioning of two new mining enterprises. A unique experience accumulated by the Company in the course of construction of two new large production enterprises within one year allows us to set the most unique and ambitious goals for ourselves!”

GV Gold (Vysochaishy, PJSC) is an actively developing company with high production efficiency level. It ranks in the Russia’s TOP 10 gold mining companies list. The Company carries out its activity in the Irkutsk Region and the Republic of Sakha (Yakutia), where its Irkutsk, Taryn and Aldan business units are located and large scale exploration operations are carried out.